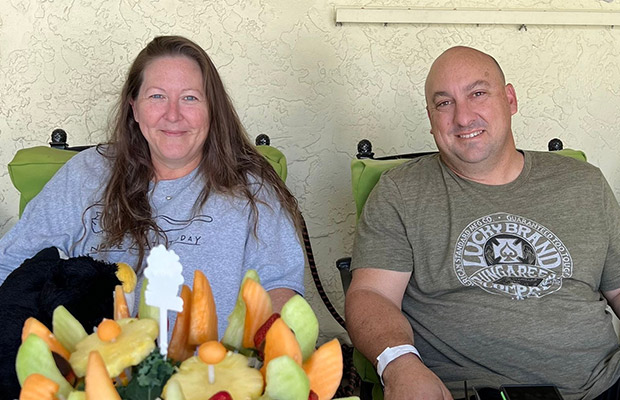 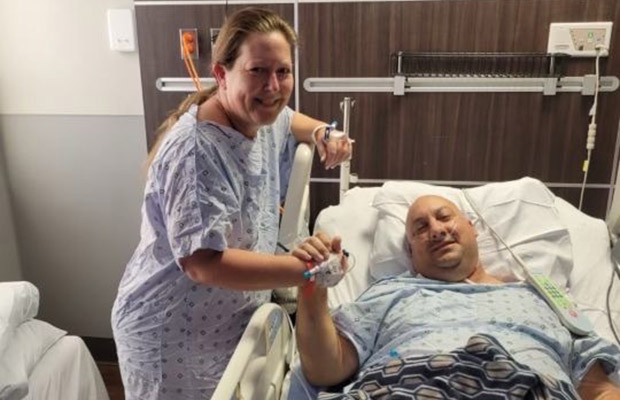 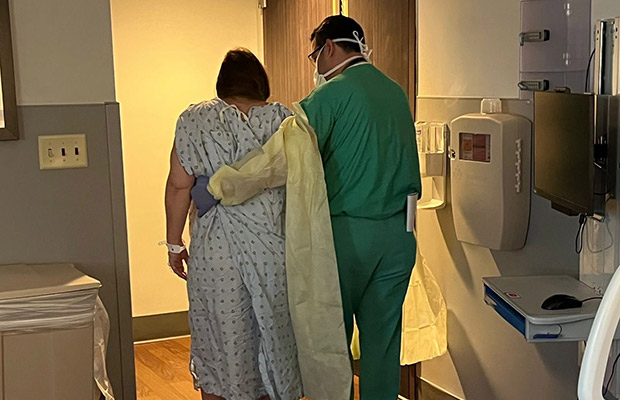 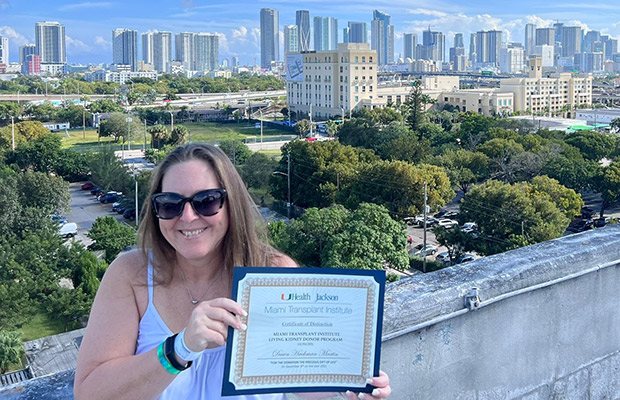 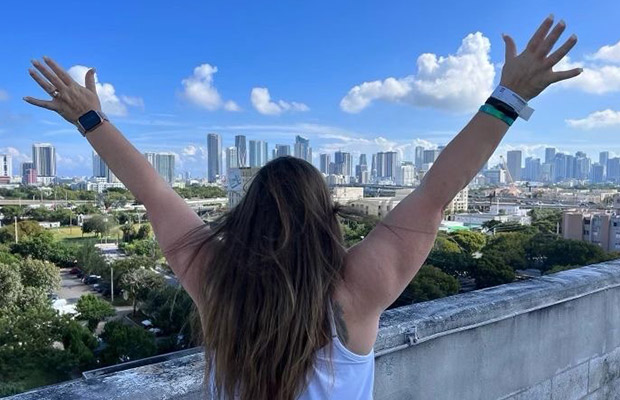 Jeffrey Hackman, a firefighter with the Miami-Dade Fire Rescue Aviation Division, was used to jumping in front of danger to save lives.

However, in 2015, he found his life in danger when his doctor discovered traces of blood in his urine during a routine physical.

For the next six years, Hackman, 47, saw a nephrologist annually, who tested him for kidney damage.

“I’ve had some blood in my urine on and off since my teens, but never thought anything of it,” Hackman said. “I felt fine and had no symptoms of anything else being wrong, but we still monitored it every year like clockwork.”

It wasn’t until September 2021, during an annual checkup with the fire department, that his doctor found something concerning.

Hackman’s kidney function dropped from 30 percent to 17 percent, and he became a critical case.

“The hardest thing for me was when I was pulled off of my fire truck to regular duty in the fire department,” Hackman added.

“I wanted to pretend nothing was wrong, but no longer having my truck after 27 years was when I finally realized things were serious.”

By October 2021, Hackman was experiencing leg swelling from his knees down to his feet and ankles, a symptom of chronic kidney disease.

It became clear he needed a kidney transplant.

After several inquiries across the U.S., Hackman found the perfect place to prepare for the procedure, and it was right in his backyard– the Miami Transplant Institute (MTI), an affili­ation between Jackson Health System and UHealth – University of Miami Health System.

All he needed was a donor.

“I was still in denial, thinking I’d get better on my own,” Hackman said. “I had tough-guy syndrome, and thought everything would be fine, when in reality, it wasn’t.”

Finally accepting his condition, Hackman took to social media to find a solution. He posted his story, and soon, support came flooding in.

Within a few days, his ideal match came from his own family – his big sister, Dawn Martin, who lives in Atlanta.

“I’ve always looked up to my brother, and now he needed my help,” Martin said. “I called him and said, ‘Are you busy December 8?’ and he said no, and I said, ‘Good, because you’re getting my kidney!’”

Martin and Hackman’s loved ones and friends were part of their journey for the next three weeks, providing them with a place to stay, daily meals, and the resources they needed to face this life-changing event.

On the day of the transplant surgery, the siblings were prepped and transferred to two separate operating rooms – one for the donor and one for the recipient.

“The biggest difference in using robotic surgery is the pain level during the patients’ recovery,” Dr. Vianna explained. “Most of the living donors return home within 24 hours –that’s a huge benefit.”

In the other operating room, the MTI surgical team was confident that a living kidney donor was the best way to save Hackman.

After a successful recovery, Martin was discharged the day after surgery, well enough to continue recovering at home. Just weeks after her first follow-up appointment, she and her husband were ready to drive back to Atlanta to reunite with their children.

Hackman was discharged after three days in the hospital. His wife, Aly, and his parents took over his care and recovery.

Martin now sees her health in a new perspective – she’s adding more exercise to her daily routine and is eating healthier.

When she looks at her new tattoo of the Miami-Dade County Fire Rescue emblem on her forearm, she is reminded of her brother, and how sometimes, even heroes need help.

“It’s a tribute to my brother, but it also gives me a chance to talk about the donor program at MTI and how important it is,” Martin said.

After a few weeks, Hackman settled back into his routine, and has returned to saving other people’s lives with a healthy kidney in place.

“I believe my diligence in listening and trusting the surgeons and caretakers at Jackson sped up my recovery,” he said. “I feel fortunate to have such an incredible team of healthcare professionals close to home.”