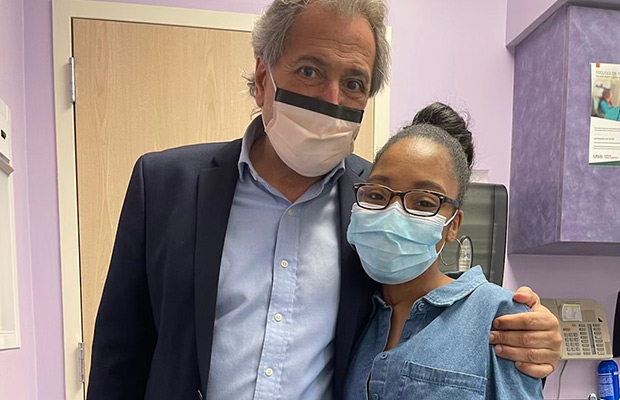 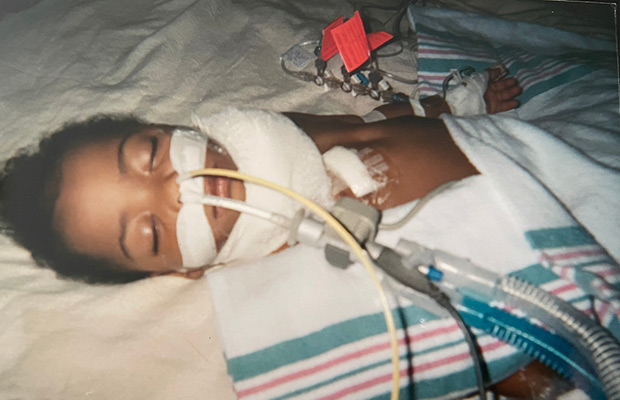 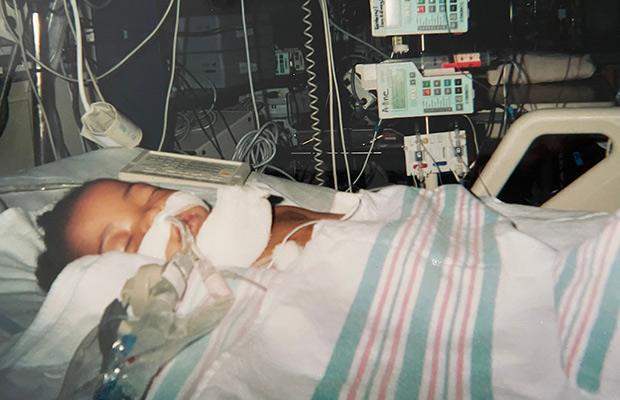 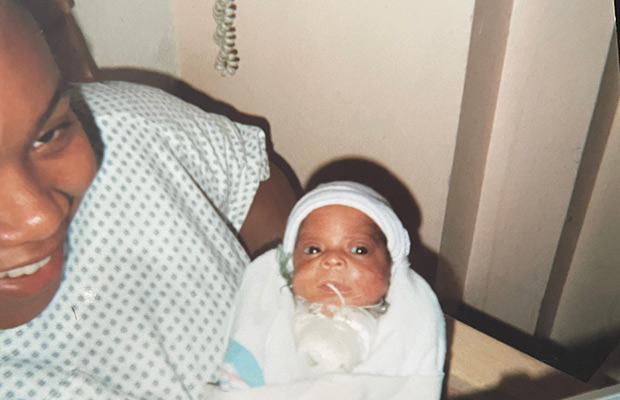 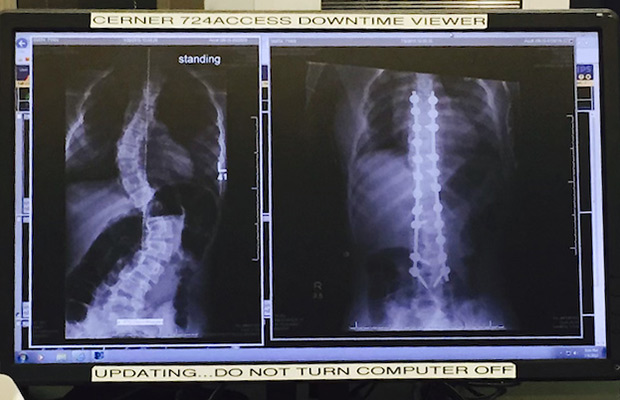 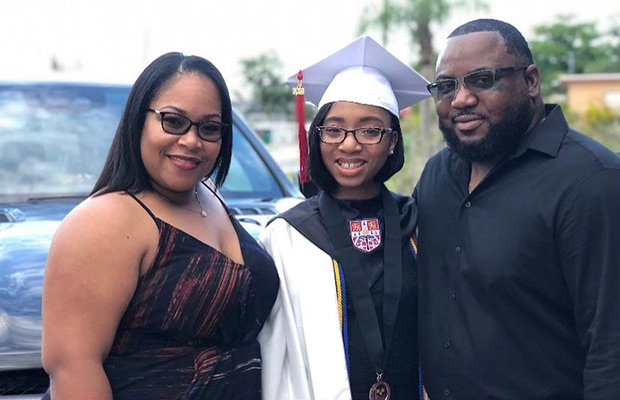 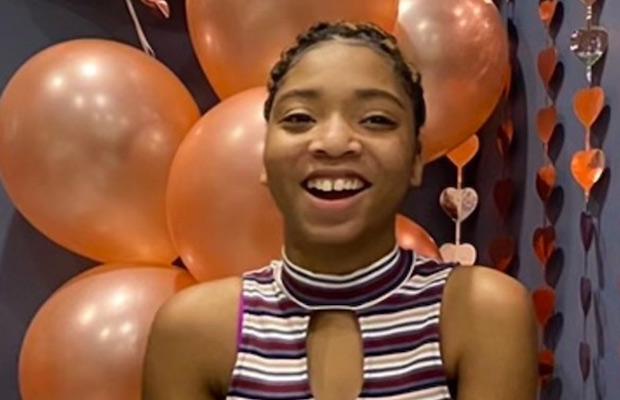 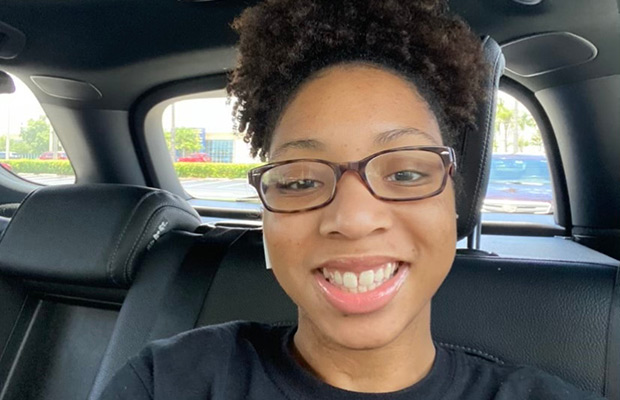 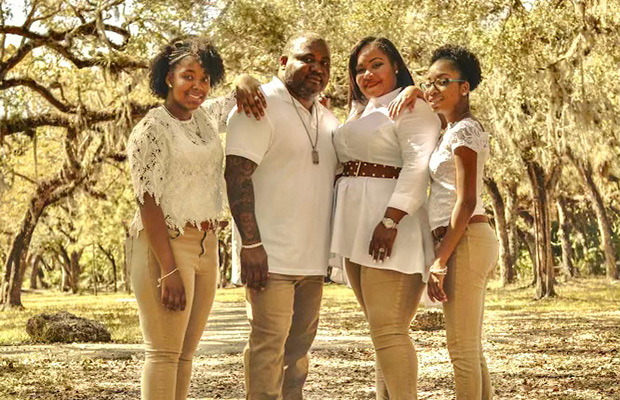 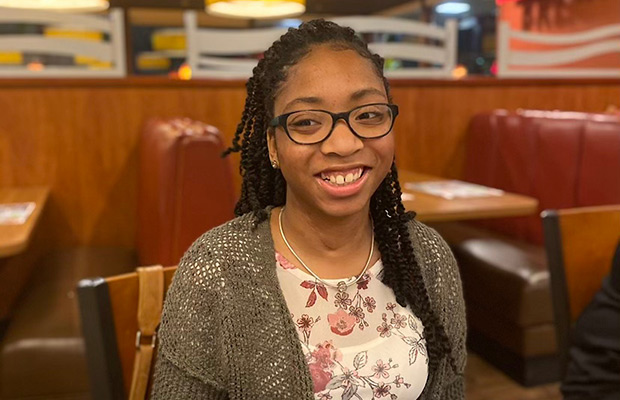 When Sarita Rivera was going through her first pregnancy with her husband, Tommy Smith, in 2001, she felt vulnerable. She was going to be a young mother and wasn’t too sure what symptoms were normal during pregnancy and which were irregular. So when she developed preeclampsia – a pregnancy complication characterized by high blood pressure with signs of damage to other organ systems – she didn’t understand the severity of her situation and how it could affect her and the baby.

Feeling ill, she went to her local emergency department in Miami, but after the medical team stabilized her, she was sent home with medications. But the next day, she started to hemorrhage and returned.

“I was high-risk in my second trimester,” said Rivera. “I was given steroids to try to speed up the development of Tyani’s lungs but my kidneys were failing at the same time, and I was rushed into surgery for an emergency C-section.”

Both, Rivera and her baby girl, were at endangered.

On June 20, 2001, Tyani Smith was born prematurely at 25 weeks, and weighed one pound and seven ounces. Smith spent three months in the Neonatal Intensive Care Unit (NICU), monitored frequently with a mechanical ventilator to help her breathe.

Before being discharged from the hospital, their daughter was diagnosed with Airway Subglottic Stenosis, a narrowing in the airway below the vocal cords and above the windpipe (trachea), that obstructs the passage of air into the lungs. She had a tracheostomy, a surgical formation of an opening into the trachea through the neck. She went home lwith a tracheostomy tube attached to her to help her survive and breathe air into her lungs. A nurse was also assigned to her, who would be present 24 hours a day, seven days a week. The first-time parents had to learn how to care for their extremely small newborn daughter, who was facing several medical issues.

After several months, Rivera’s daughter was not showing any signs of improvement. The family sought out the help of their pediatric pulmonologist to further understand what was wrong with their daughter. Their pulmonologist advised the family to return to the hospital where Tyani was born to remove the trach. The medical team was unsuccessful and unfamilar with the kind of surgery she would need for removal.

Grief-stricken with the news, their only hope was a referral given by their pulmonologist to visit Ramzi Younis, MD, a skilled pediatric otolaryngologist at Holtz Children’s Hospital at the University of Miami/Jackson Memorial Medical Center.

Upon analyzing Tyani, Dr. Younis explained to the worried parents that he could help. He would need to perform a reconstruction and expansion of the existing damaged stenotic airway by performing a laryngotracheoplasty with anterior and posterior rib craft – a medical procedure in which an opening is created in the neck in order to open up the larynx, also known as the voice box, and trachea. However, in Tyani’s case, Dr. Younis took a chance on improvisation due to the size of the baby.

“For her specific case, I ended up taking a portion of her rib tissue cartilage to craft and then mold it into the shape of the trachea,” said Dr. Younis. “I reconstructed the airway; if this wouldn’t have been done, she may not have had the chance to breathe or speak on her own.”

Though the family was hopeful and trusting of Dr. Younis and his expertise, they were terrified since they got used to Tyani living with the tracheostomy tube.

In 2004, Tyani underwent a successful surgery led by Dr. Younis and a multidisciplinary team at Holtz Children’s that included the ICU staff, anesthesia, post-op care, among other specialties. She then spent a month in the pediatric intensive care unit (PICU), under the careful supervision of her nurses and medical team, as any slight movement could consequently shift her new trachea.

“She would be able to have a normal life and the family will no longer have the burden that these cases present,” said Dr. Younis. “For families going through this, don’t give up. We can help and can provide solutions for your loved ones.”

“We call her our delicate flower,” said her mother. “Even at a young age, she showed so much resiliency, and I just wanted to let her flourish without me interfering in her growth. I had to trust the process.”

“Dr. Younis is heaven-sent. He is one of the people that I wholeheartedly put my entire trust in, and he didn’t fail,” said Rivera. “Speaking to him is like speaking to your grandparent, who has all the wisdom.”

Once Tyani recovered, it was a complete lifestyle change. She went from having daily medical appointments, bi-weekly hospital stays, to the common pediatric annual check-ups. Tyani, who is now a young adult, is described as poised, quiet, intelligent, and self-driven by her loving parents.

After a decade, the family reconnected with Dr. Younis. Rivera showed Dr. Younis the small scar on Tyani’s neck and shared with him how Tyani wants to learn more about what she went through as a baby. Tyani expressed to Dr. Younis that her goal in college is to study biology, specializing in tissue engineering.

“To see how my patients have progressed from the time they are young until now, is the most gratifying aspect of my career,” said Dr. Younis. “She was someone who was almost dying and is now flourishing as a young mature adult woman – this is yet another Jackson miracle.”

On June 20th, Tyani will be celebrating her 20th birthday.