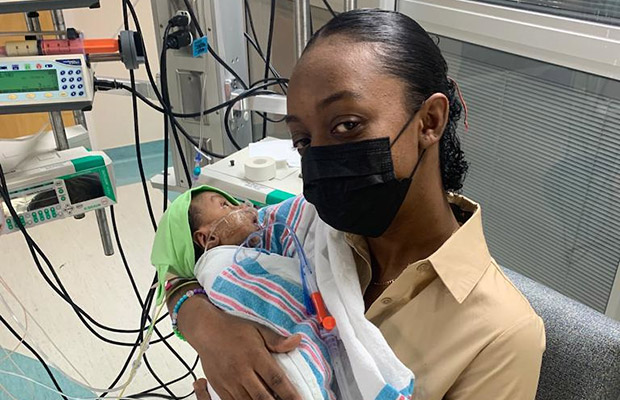 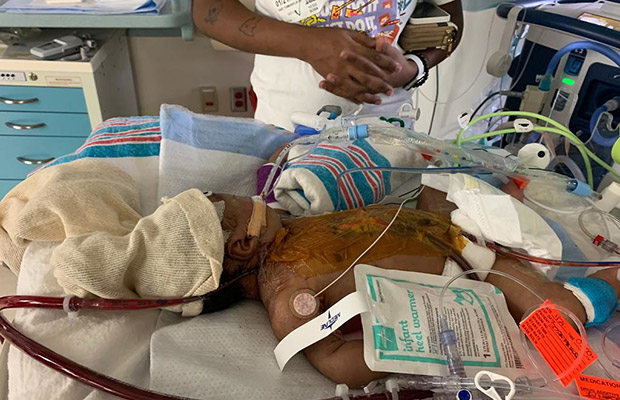 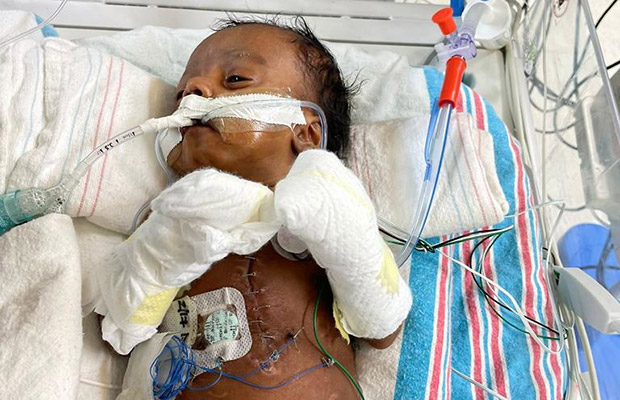 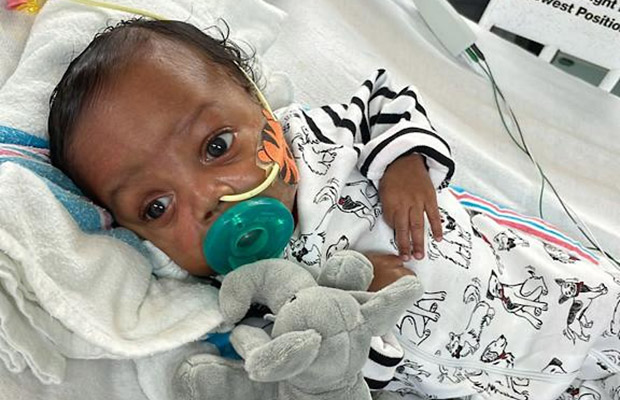 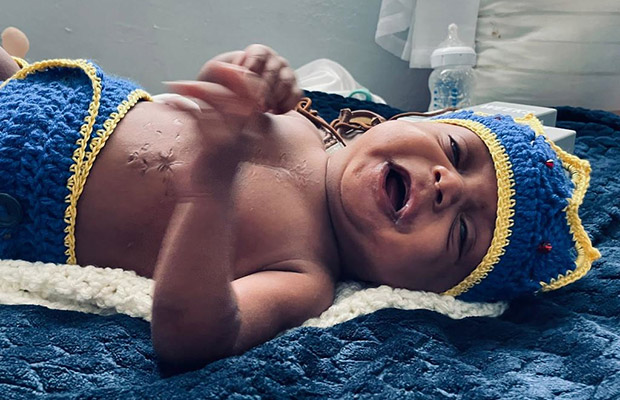 Yelsi Consuelo Sosa Fermín was just 19 weeks pregnant when she was given the news all expecting mothers dread – there was something wrong with her baby.

During a scheduled ultrasound at The Women’s Hospital at Jackson Memorial in August 2021, a doctor noticed the baby’s heart was beating too fast. Jaime Alkon, MD, a UHealth Jackson Children’s Care fetal/prenatal, pediatric, and adult congenital heart disease cardiologist at Holtz Children’s Hospital, ran an echocardiogram. The results showed that one of the valves in the baby’s heart had not formed properly and was now leaking.

The baby, a boy, was diagnosed with severe tricuspid valve regurgitation, a condition where there is leakage between the right atrium and right ventricle, which can expand and weaken the heart over time. Dr. Alkon advised the young mother that there was a chance the baby may develop heart failure in utero, and that his survival depended on how his condition progressed.

“I thought my world was falling apart,” Sosa said. “But I always kept my faith in God.”

Sosa, 19, decided to move forward and pray that the medical team at Jackson could save her son. She visited Dr. Alkon about three times a week throughout the second half of her pregnancy. Towards the end, the chances of the baby dying in utero were lower, but there was still a risk he would not make it after birth. In early January, doctors determined that too much blood was leaking from the baby’s heart, so they ordered an emergency C-section.

After he was born, the baby was rushed to the cardiac catheterization laboratory. While there, Satinder Sandhu, MD, medical director at UHealth Jackson Children’s Care Congenital Heart Center, and pediatric and adult congenital heart disease cardiologist at Holtz Children’s, successfully performed a balloon atrial septostomy, which involves using a catheter to create a hole between the upper two chambers of the heart to improve oxygenation.

The baby continued to suffer a few setbacks and underwent several treatments, including being placed on extracorporeal membrane oxygenation (ECMO), which helped deliver oxygen-rich blood back into his body. He also underwent a heart valve repair, and a surgery in which his medical team significantly reduced the amount of leaking in his heart, giving the boy a far better chance of survival.

Sosa said she was in constant stress, and was able to cope due to her faith, her mother’s support, and the team of nurses who were constantly by her side to translate and explain the complex procedures. Sosa mentioned that one nurse in particular – Maylene Gonzalez, MSN, APRN, FNP-BC, from the pediatric cardiac intensive care unit – was so moved by her case that she rarely left her side.

“I had my children early on, so I put myself in her shoes as a first-time mom and being so young and scared of what’s going to happen next,” Gonzalez said. “We were able to connect and I tried my best to give her confidence in that we were doing everything possible to provide the best outcome for her son.”

After months of treatment, Dr. Alkon determined the boy was healthy enough, both physically and neurologically, to start his life. He was discharged from the hospital on April 4. The baby will require constant monitoring and may eventually need a valve replacement. Until then, Sosa is appreciating every moment she gets with her son.

“Thank you God to all the Jackson doctors, they were able to be there and save his life,” she said. “God first and then the medical team.”

Her strong sense of faith is what encouraged Sosa to turn to the Bible to find a name for her son. She picked David, the young shepherd whom slayed Goliath and went on to be king.

“He truly has a purpose in this life,” Sosa said.