What Black Women Need to Know About Breast Cancer 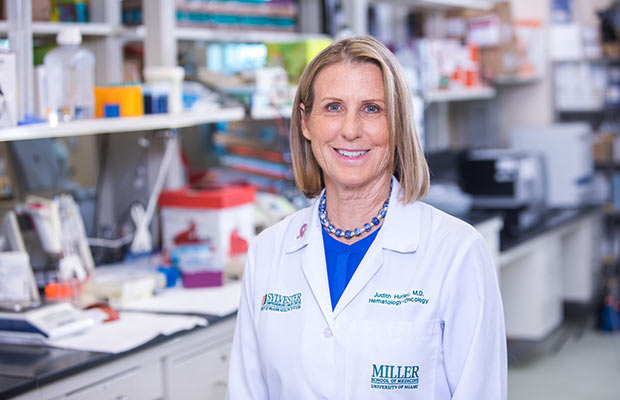 Breast Cancer affects more women than any other type of cancer and is the leading cause of cancer-related deaths among women. In the United States, a woman’s lifetime risk of breast cancer is one in eight.

Black women have a 31 percent breast cancer mortality rate – the highest of any U.S. racial or ethnic group. During Breast Cancer Awareness Month, we talked to Dr. Judith Hurley, an UHealth oncologist, who treats patients at Jackson Memorial Hospital’s Ambulatory Care Center, about the disparities that exists in Black women.

What are the risk factors of breast cancer?

How often should a woman do breast screening?

For the average woman, the recommendation is breast awareness – which is defined as a woman who knows her breasts and reports any new findings to her healthcare provider – and clinical exam by a healthcare provider one to three years from the age of 25 to 39.

Once you reach the age of 40, the recommended screening for a woman, who has an average risk, is breast awareness, a yearly clinical exam, and a yearly mammogram.

What are some of the obvious signs of breast cancer?

This is where breast awareness comes into play. New lumps and bumps that do not resolve with your menstrual cycle, dimpling, asymmetry, redness, swelling are all possible signs of breast cancer.

Why are Black women more likely to develop a more aggressive type of breast cancer and die from it than any other race group?

Black women develop breast cancer at a younger age and are more likely to be diagnosed with the triple-negative subtype of breast cancer – a subtype that is both more aggressive and associated with a higher mortality rate than other women. Inherited forms of breast cancer are relatively common among some subgroups of Black women, such as women from the Bahamas, Barbados and Trinidad and Tobago.

In the United States, Black women have a higher mortality rate than other groups, which means that they are more likely to die from breast cancer than other women. The reason for this is very complicated and multifactorial, and we do not know or understand all of the factors that contribute to their poor outcome.

We know that Black women have less access to care and face many hurdles in trying to access the healthcare system. They are diagnosed at a later stage and are more likely to have the more aggressive forms of breast cancer. They have poorer health as measured by obesity, hypertension, and diabetes. They are also less likely to have health insurance.

What is the biggest deterrent for Black women to get regular screenings?

There are several factors that deter Black women from getting regular screenings, such as the following:

What should women do if they have the breast cancer gene known as BRCA1 and BRCA2?

Women who know they have deleterious mutations in the breast cancer genes are empowered to mitigate their risk. They can go for more intensive screenings so when they develop breast cancer it will be at an early stage and easily curable.

If you would like to schedule an appointment with a specialist or schedule a mammogram, visit jacksonhealth.org or call 305-585-6000.